Proudly fighting for the Omaha community for over 65 years.
OUR FIRM
PRACTICE AREAS
OUR ATTORNEYS
Home » Blog » What to Do After You Have Been Rear-Ended 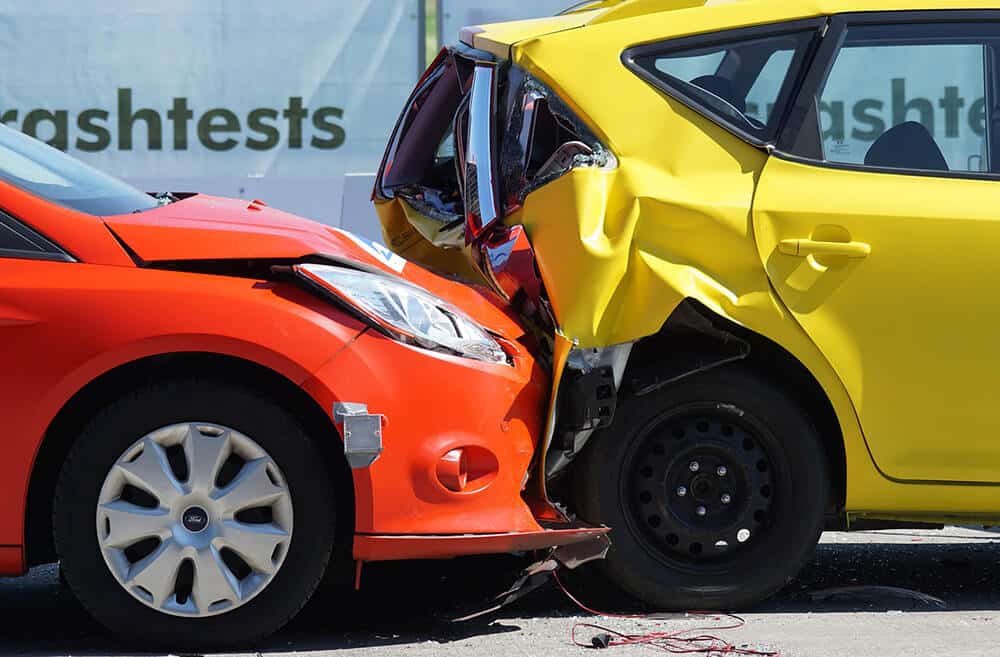 How Common are Rear-End Accidents in Nebraska?

Just like in the rest of the country, motor vehicle accidents happen every day in Nebraska. While the crashes tend to vary greatly in severity, there are identifiable collision types. All crashes can be defined by the following categories:

You may be surprised to learn just how common rear-end accidents are in Nebraska. Rear-end crashes involving multiple vehicles accounted for 40 percent of the accidents – the majority of which happened at intersections. According to Nebraska’s 2016 Traffic Crash Facts report, approximately 41 percent of those accidents resulted in injury or death.

If you’ve wrongfully lost a loved one in a rear-end crash, our attorneys can provide you with the guidance you need to handle the grief and unexpected financial burdens.

What Are the Common Causes of Rear-End Collisions?

A rear-end accident occurs when the front end of one vehicle hits the rear-end of another. Part of driving responsibly involves maintaining a safe distance between vehicles so that slowing down or stopping, especially in emergency situations or inclement weather, doesn’t result in a collision. The best way to avoid a rear-end accident is to understand the most common causes.

What Kinds of Injuries are Associated With Rear-End Crashes?

When a rear-end crash happens, no matter the speed, the occupants’ bodies are jerked forward from the force of the impact and immediately pulled back by the halt when the vehicles come to a stop. The speed at which the crash happens often has an impact on the severity of the injuries. The most common kinds of injuries people sustain after a rear-end accident include the following:

Recovery from car accident injuries can be difficult. While an injury like whiplash can heal within three months, spinal cord paralysis can be permanent. Treatment is different for everyone. Depending on the severity of the injuries, multiple surgeries could be needed. With less severe injuries, physical therapy or rest may be all that’s needed. Your doctor will be able to help you determine the best course of treatment, so you can heal or find your new normal.

What Should You Do Immediately After Being Rear-Ended?

No matter how your accident happens, it’s bound to be a jarring experience. It’s important to try to remain calm and complete the following steps:

How Is Fault Determined for a Rear-End Collision in Nebraska?

When it comes to auto accidents and insurance claims, Nebraska is an at-fault state. This means that if you were injured and the other driver is found to be liable, there are three ways to recover damages:

Through a thorough investigation, your car accident attorney can prove you were not at fault for being rear-ended. The lawyer will examine your record of the incident, the report you submitted to the DOR, and any other useful evidence, including witness testimony – if available. To be offered a settlement, you have to prove that the opposing driver’s fault is higher than yours. Once liability has been determined, you can work toward accepting a settlement offer that works for you.

Depending on the circumstances, you may be eligible for compensation to cover the following economic and noneconomic damages:

While there are no limits on damages, it’s important to know that punitive damages, those used to punish the guilty party, are deemed unconstitutional in Nebraska. It’s also important to remember that the statute of limitations states you have four years to file a lawsuit for personal injury and damage to personal property. If this time limit isn’t met, the case is likely to be dismissed without review.

Our Omaha firm has represented many auto collision victims who were involved in rear-end accidents. No matter the circumstances of the wreck, our experienced car accident attorneys will help prove you need and deserve compensation to recover physically, emotionally, and financially from what you’ve been wrongfully put through.

Welsh & Welsh PC, LLO handles all types of auto wreck and personal injury claims. We are dedicated to helping individuals and their families get their lives back in order. If you or a loved one has been injured in a rear-end collision or another type of motor vehicle wreck, contact our firm today to learn about your legal rights and options.