Proudly fighting for the Omaha community for over 65 years.
OUR FIRM
PRACTICE AREAS
OUR ATTORNEYS
Home » Blog » How Dangerous is Long-Term Exposure to Roundup Weed Killer? 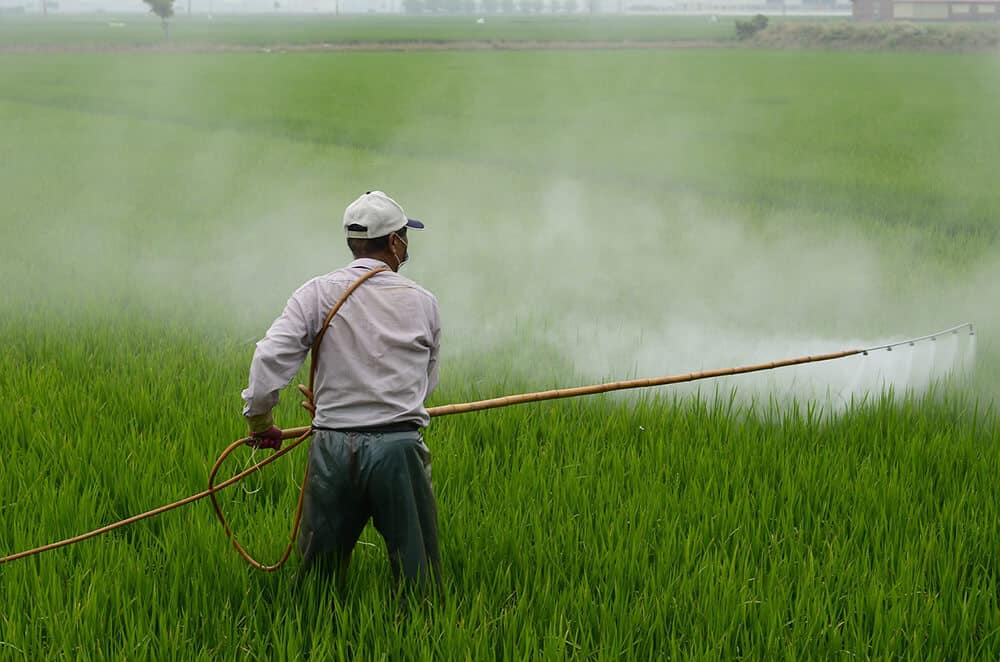 Glyphosate is the most widely used herbicide in the United States. There are over 750 products on the market that contain this herbicide. When sprayed, it prevents plants from making the proteins needed for growth. As a result, the plants die. When glyphosate enters the body, however, it passes through fairly quickly without being turned into another chemical.

Brief exposure may result in irritation of the eyes, nose, or throat. If ingested, the person may experience burns in the mouth and throat, nausea, and vomiting. Intentional ingestion can result in death. The long-term consequences, which we’ll discuss, are significantly worse.

How You Can Be Exposed to Roundup

Those most at risk for developing health problems related to the long-term exposure of Roundup include farmers, professional gardeners, agricultural workers, landscapers, groundskeepers, and herbicide applicators. While the most at-risk are typically in a job that requires frequent exposure, it’s possible that others could be affected as well.

There are three ways Roundup exposure happens. The first is by breathing the glyphosate in through the nose or mouth. This is most likely to happen while the herbicide is being applied to unwanted vegetation. Additionally, if someone working with Roundup gets it on the skin often, it could absorb into the skin and cause problems that way. The third way involves eating treated food that has been tainted with glyphosate. This is dangerous because some plants are being genetically modified to withstand heavy applications of Roundup. People who consumer products from major brands may be unknowingly exposed to chemicals.

Over the course of two decades, scientists have been documenting the health consequences of exposure to glyphosate. The most concerning is the alleged connection between Roundup and Non-Hodgkin lymphoma and Leukemia. Cancer is often incredibly challenging to treat and not every patient survives and enters remission. If you’ve been diagnosed with cancer after long-term exposure to glyphosate, you can take legal action against the manufacturer.

There are a number of other health conditions that have been linked to glyphosate. They include:

Get the Help You Need Today

If you’ve been diagnosed with one of the health problems discussed above and you believe it was caused by long-term exposure to Roundup weed killer, it’s crucial to get in touch with a lawyer as soon as possible. Filing a Roundup weed killer lawsuit against a large corporation like Monsanto can be challenging. With the right legal team backing you, however, you’ll have access to the support and knowledge you need to file a successful lawsuit.

To learn more about the product liability litigation process or for a free case evaluation, get in touch with our law firm today. We’ll explain your right and options to you so you can take steps to get your life back in order.

READ PREVIOUS
Omaha Will Soon Have Electric Rental Scooters
READ NEXT
When is a Nursing Home Patient at Risk for Developing Pressure Sores?